The Nuclear Regulatory Commission (NRC) has a program where workers in the nuclear industry or members of the general public can raise safety concerns directly to the NRC. This is referred to as the Allegation Program at the NRC. Once an allegation is received, the NRC will determine whether or not an investigation is warranted based on the information provided. The NRC’s public website contains data related to the number of allegations received for the current calendar year and the four previous calendar years for NRC regulated facilities (power reactors, non-operating power reactors, and fuel cycle facilities). An easier way to see the relationship of such data over the course of several years is through an interactive dashboard as demonstrated in this post.

Click on image below to open the app in a window. Hold down “Ctrl” (or “Command” if using a mac) to make multiple selections. 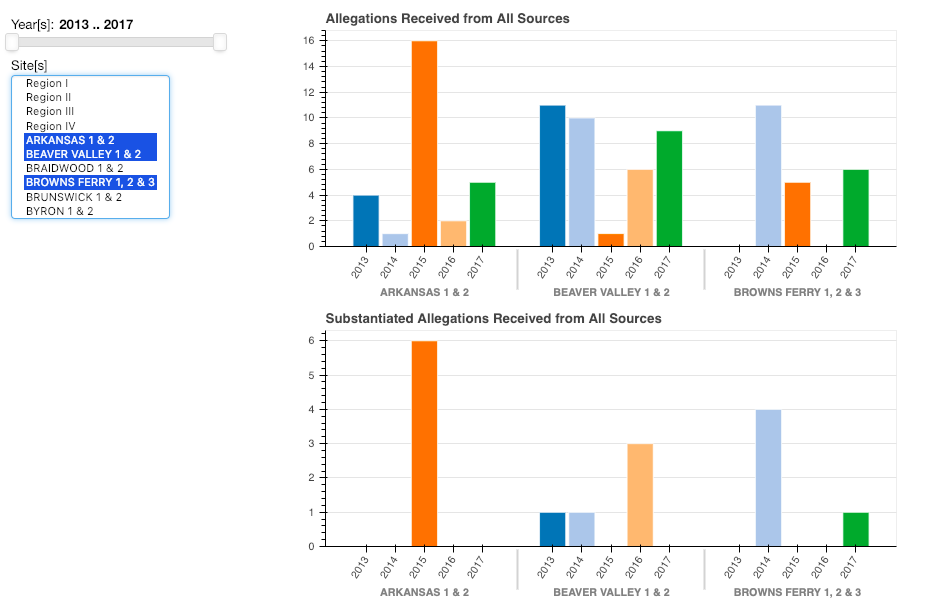